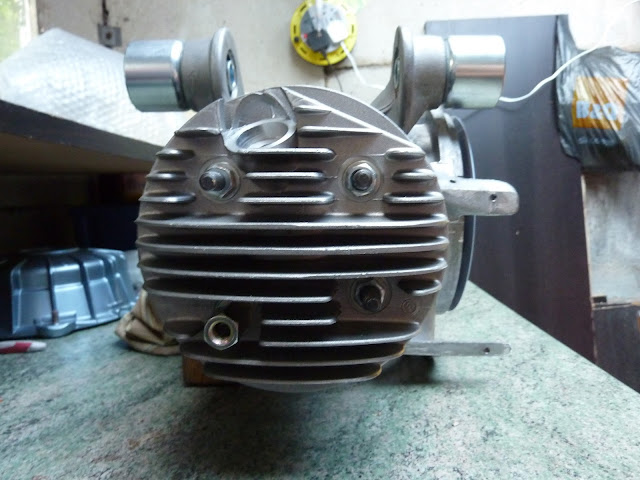 I did say at the end of the last post that I would be giving you cylinder head pics, so not to disappoint (as they are a few weeks later than I had hoped) I will give you not 1, not 2, but 3, yes THREE. The 1st of which is above, I should mention that I am not advertising for B&Q in the hope of receiving a new hedge trimmer (or hand bimmer as a certain, wonderful person used to call it) or complete set of garden furniture, or even barbecue, all of which would be handy. No, the bag in the background is used for rubbish, simple as that, please don't read anything else in to it. 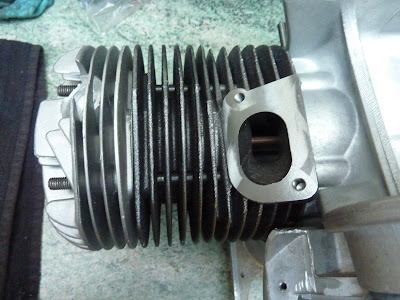 A 2nd cylinder head pic, you get to see the inlet port too (no carb fitted yet) and a bit of the crank rod through the inlet opening, how exciting. 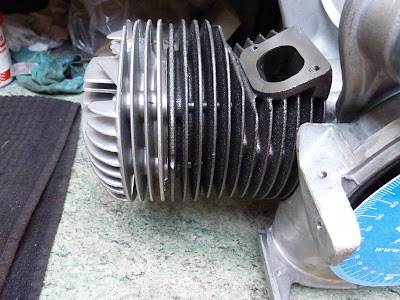 Your third and final cylinder head pic (please note I have made no attempt at innuendo around giving head pics, like I did in the last post) you can also see part of the clever blue wheel of numbers in the above pic, or as its commonly called, a timing disc. I will mention more on the timing disc and things associated with it ( I think you know what I mean) in a future (probably the next) post, but for now, will move on to something else.

Prepare yourself for the next pic, make sure your sitting down/comfortably, are wearing loose clothing, wont be distracted etc etc etc 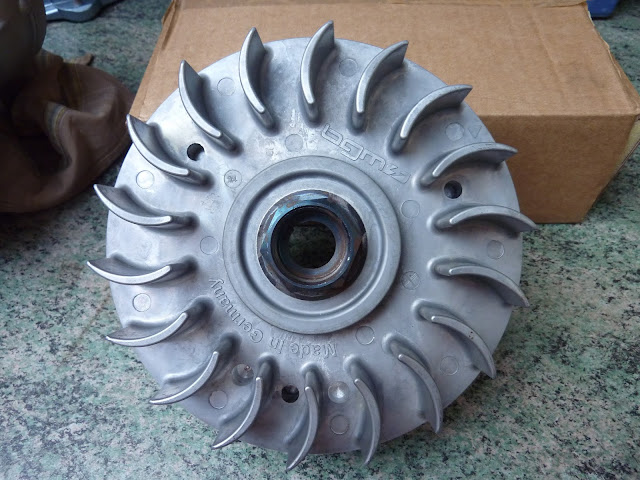 WOW, at least that's the effect it had on me when I took it out the box and saw/handled it. I did allude to its wondrousness in a previous post but you have to admit (if like me you are impressed by such things) it is wonderfully crafted bit of kit. Yes, a BGM one piece flywheel, for more info look here, but suffice to say, its rather nice. 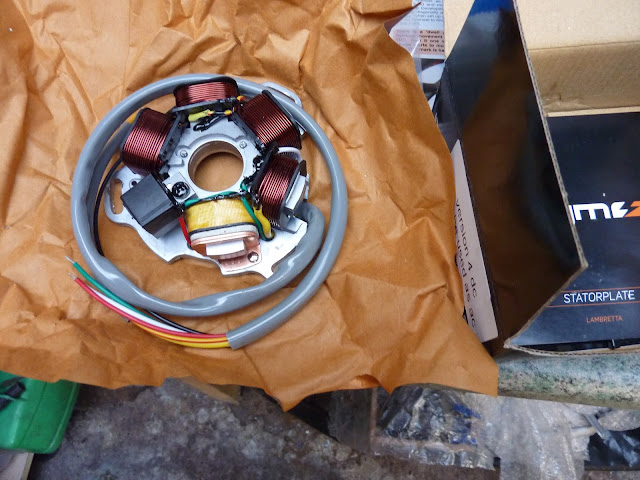 To compliment said flywheel, how about a new BGM stator plate to provide for all your electronic ignition needs (more info for those that want it) like the flywheel, its rather nice, but then I am easily impressed, well, by certain things anyway. 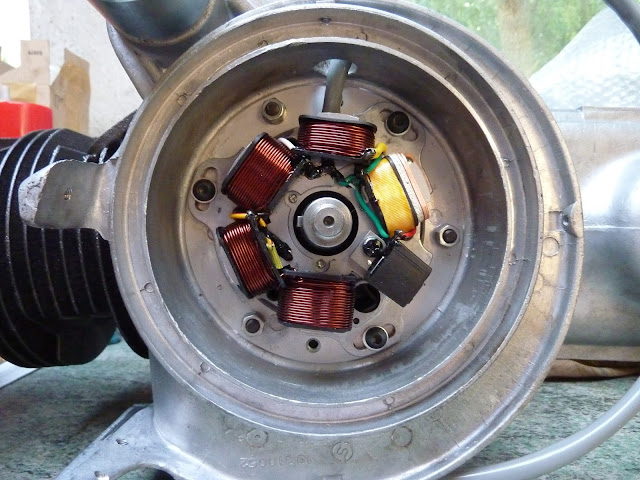 There is the same stator plate in the place its meant to be, the place it was made for, that's right, on the end of the crank shaft and waiting for the flywheel to be put over it.

As I hurtle to a rather abrupt end now is probably the time to say that's it for this post, I had planned on going into more detail on certain things and may well do in the future, in a backdated/flashback type way, but now, well I want to get on with my evening, sorry :-)