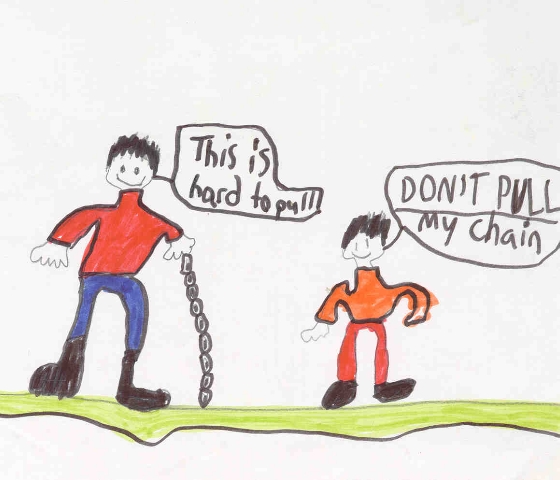 The first post in a long while (since this one) that I have started with a pic/image/visual thingy that is not an actual picture of some part of Izzy in some way. The reason, well, its a pictorial representation of what I did not long after the last post. You may remember (if not don't worry, I will repeat it) I mentioned the tightness of the chain, or lack of, it was truly troubling me, so I did as it says in the image up there and pulled tightened my Izzy's chain. Not by much I hasten to add, but after checking I felt it needed it and it was clearly bothering me, after all, I'm still going on about it, anyway, its done now and we I can move on. 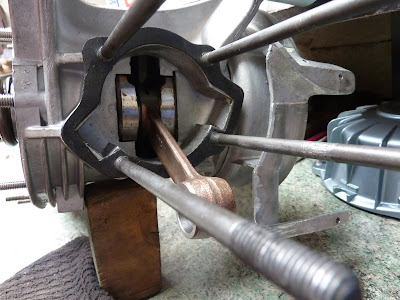 So, back to pictures of Izzy, (sounds a little like a song doesn't it)....(maybe a little)....(come on, go with me on it).... as you can see above there are now 4 cylinder studs and a cylinder base gasket all applied to the engine case, can you tell where things are going. 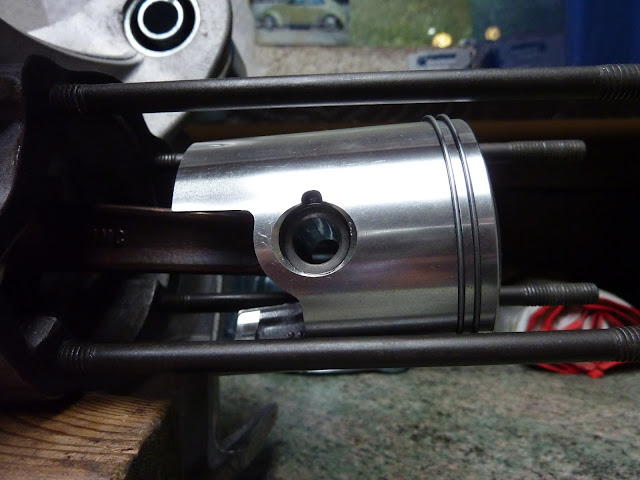 Look, look, there's a (shiny new) piston there now, you can see the gudgeon pin and circlip too, holding it onto the crankshaft, which was is nice You know the routine by now if you have been paying attention, same thing, different angle though note the arrow on the piston pointing down to Australia the exhaust port on the cylinder. Having a bit of a "crossed out word" overload in this post for some reason aren't I. 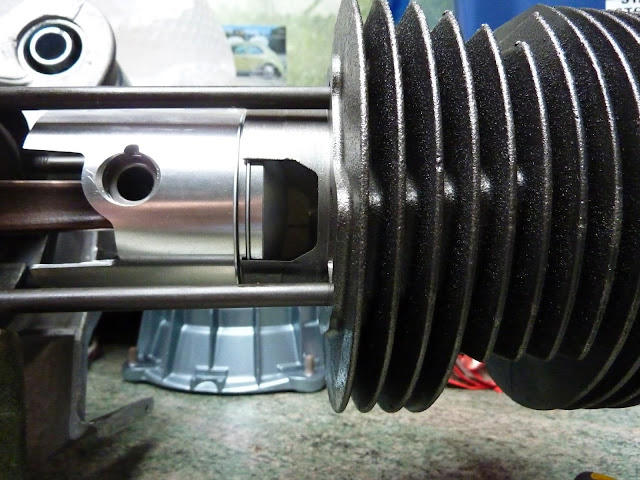 Gori 200cc cylinder appearing in shot now, its all happening, its slid itself over the first piston ring too, as if by magic, it wasn't magic, I just did it, it's not difficult. 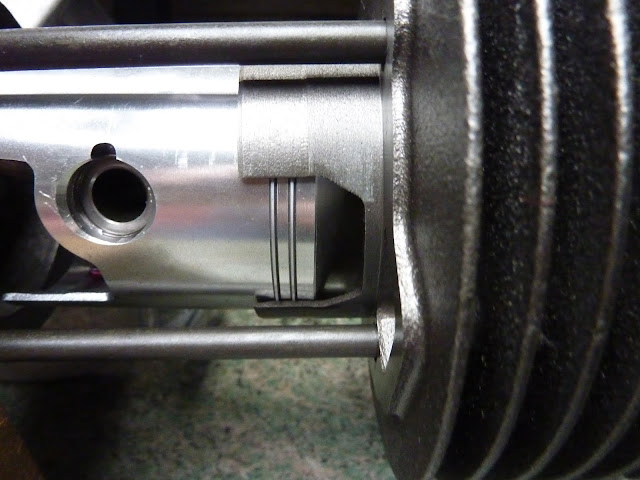 2nd ring trapped within the confines of the cylinder, I know its not technical terminology but if you wanted that you wouldn't be reading this :-) 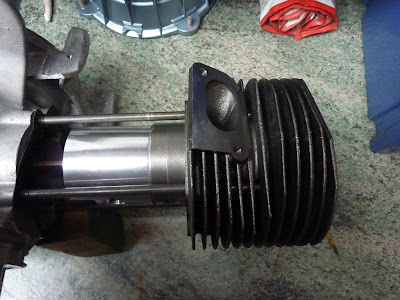 Yep, same thing different angle, at least you can see something on the cylinder in this pic (the inlet port) that you couldn't on the last one 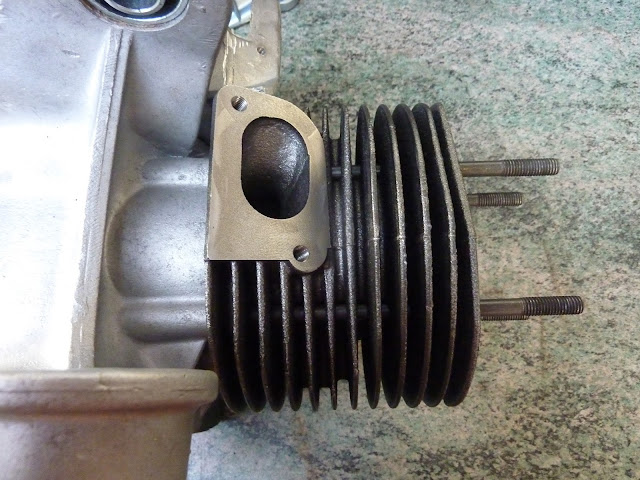 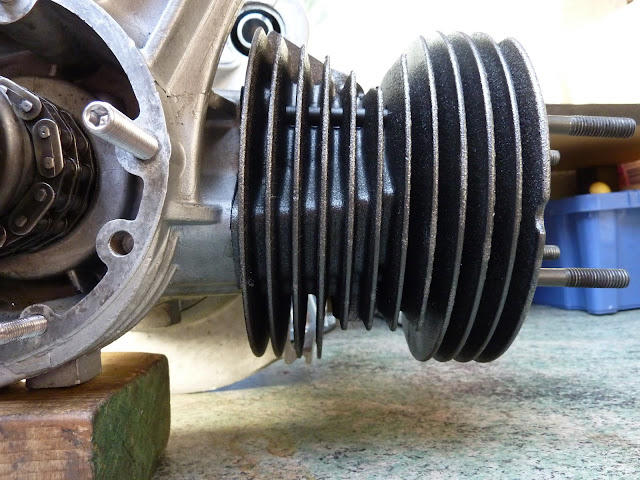 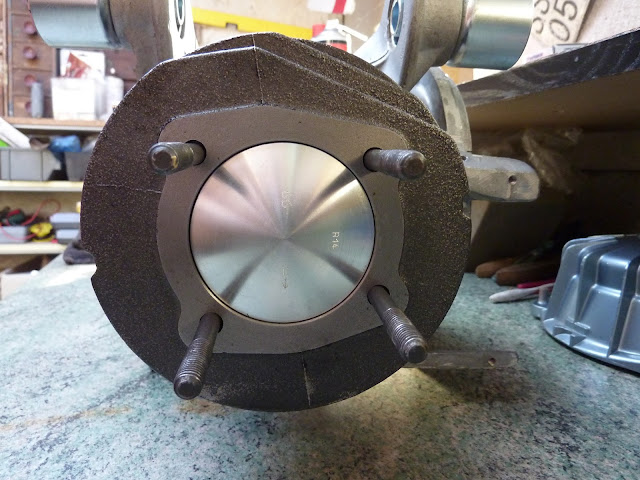 The final 3 pics show the cylinder seated down into the engine casing, from the now obligatory different angles. I will likely give you head (cylinder head) pics in the next post, if things keep going in the same direction/down the same path/ along the same route and I don't distract myself with something else.
Posted by Neal at 20:59 No comments: