While thinking of a title for the post, the chosen one seemed most apt, it does what it says. Trouble is, as soon as I thought of it, I couldn't get the opening titles of the 70s (it also went into the 80s and 90s) children's tv program out of my head. I can still hear it now as I am typing and as I am suffering you can too "Words and Pictures" assuming you are reading and click on the link, if not, well I will just sit here with it going around my head and ponder if I need help.

Anyway, back to the post, (I can still hear it) last time I mentioned the long delay and this time I will explain (partly) why and also bring things up to date.

Initially, I had put an old (spare non working) engine (as mentioned in a previous post) in to the frame to line up cables etc due to the cost of (and yet decided details) associated with putting the actual engine in that was staying. In theory, harmless enough plan, enabled me to do bits, in reality, completely pointless. Pointless due to the fact that I didn't want to re assemble too much more of Izzy until I could check the electrics (this not being my strongest area).....(like many others linked to this project lol) so I figured I was left with a few choices. Gamble (that everything was fine electrics/cable wise) and just carry on with the build. Blag (a running engine) that I could "pop" (yes I know its not as simple as that hence part of the reason for not doing it) in the frame and check everything. Or finally, do it properly, something of an alien concept where Izzy is concerned as I probably haven't been doing much of that in places, still, I'm happy and having fun :-) 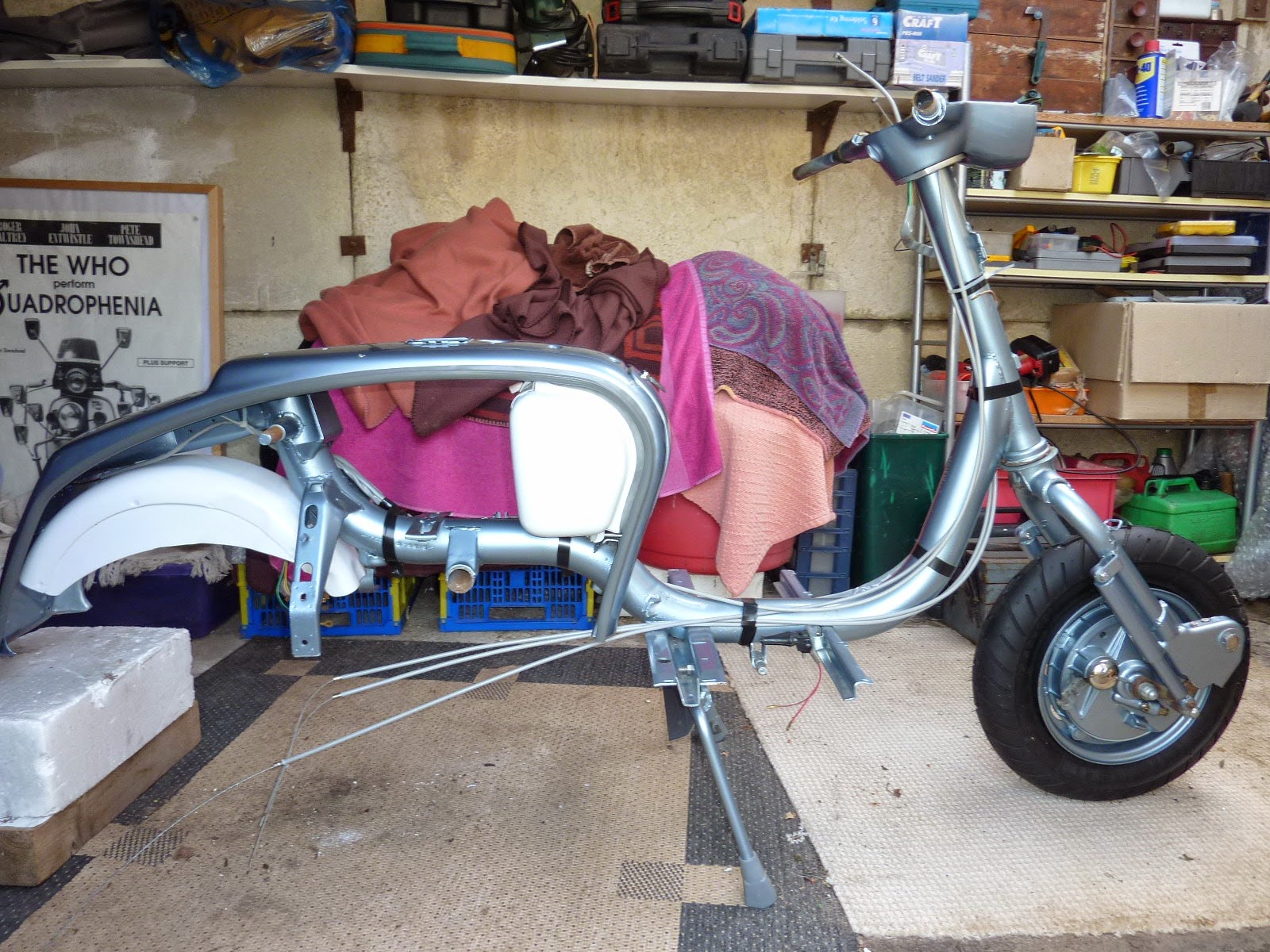 So, the picture above is my answer, actually it's not, it doesn't tell you anything does it, except that no engine is present, not even the old non working one which I took out (pointless exercise that was lol). What it does show is that I didn't take the gamble option, I can also tell you I didn't take the blag option either. 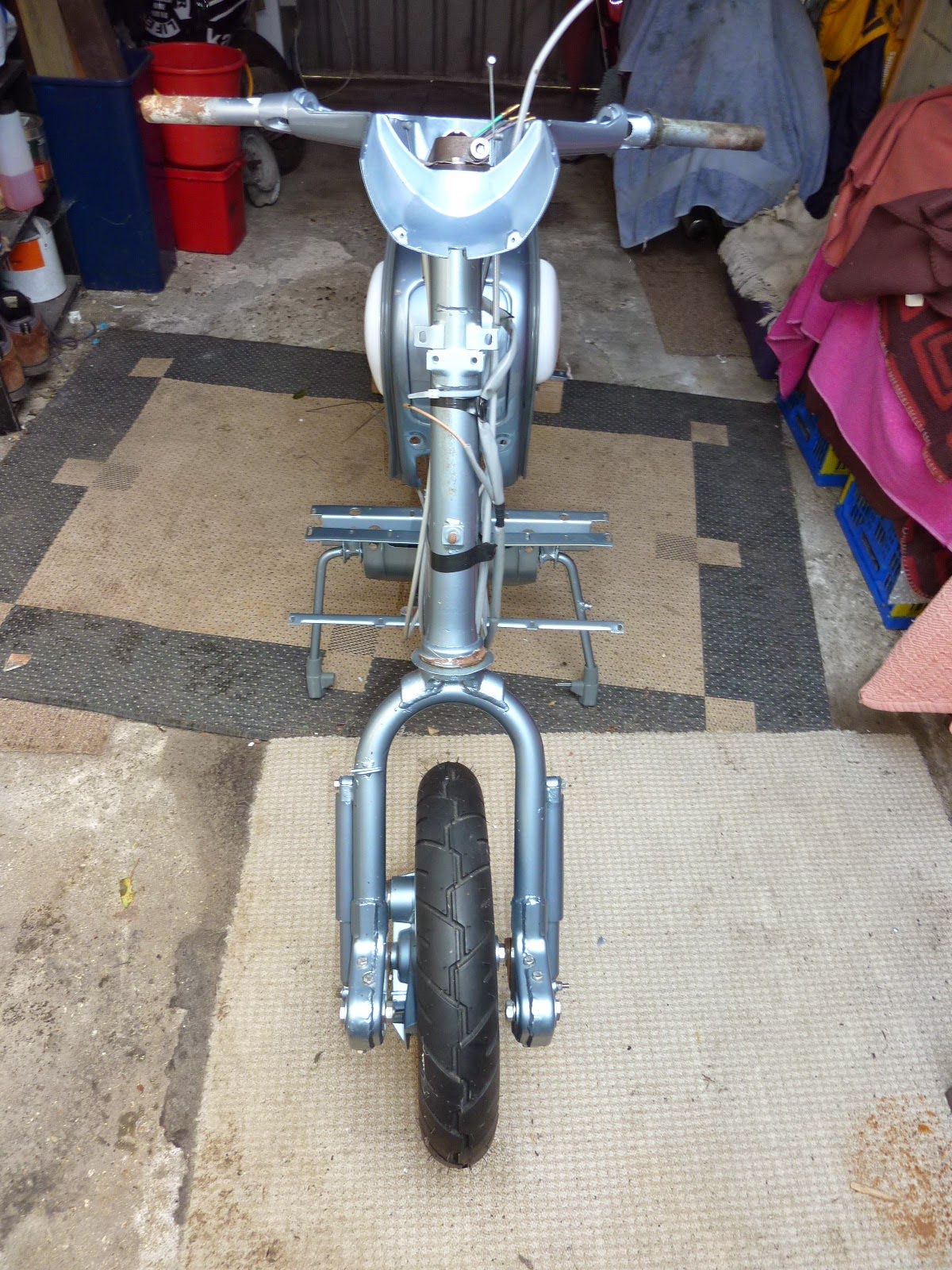 Another pic that tells you nothing, well it shows that the front wheel looks out of line but there is no air in the tyre yet, thankfully I didn't inflate it when I fitted it, it was that long ago it would have needed re inflating anyway........... The decision was, do it properly, as in, put the engine in that's staying in. This is mostly (though not wholly) why there has been such a delay, pennies, or lack of. I knew the engine would be the dearest part (given the paint had already been done and paid for many years before) and I also knew to do it the way I wanted to (more on that in the next post or few) would need money. Given as us nurses don't earn a lot anyway, coupled with my dearly beloved (DB) being a student (nurse) for the past 3 years and us being reliant on 1 (my) wage, money has not been flowing freely.

I should say at this point that I have not spent much at all (DB may read this) probably about £20.00 maybe £30.00, either way I am sure it was less than fifty pounds altogether to get everything I needed for the engine (as stated, more on this in a later post) so not much money at all, "nudge nudge wink wink" ..... cue another link...... a nods as good as a wink to a blind bat........... a bit like words and pictures, as soon as I thought nudge nudge (etc) that sketch immediately came into my head.

Moving on, the first step (after getting the pennies) was to get the cases vapour/aqua blasted, after all, if I was spending all that money (fifty odd pound.....remember, DB may be looking) I didn't want to put all those goodies into dirty old cases. No, that's not something I can make a link to, thankfully. I did actually just google it (dirty old cases) as I thought, there must be a band called that, nothing immediately obvious (band wise) and some things I (wisely) chose not to look at, focus man, stick to the task at hand and finish this post.

I found a guy relatively locally to do the vapour blasting, very good price, very good job, very nice man, would recommend him. I am really pleased at how well it came out, obviously there are a few marks, scrapes and scratches (and gouges as seen above where the kick-start has rubbed) but given its over half a century old, its not bad, in fact its bloomin marvellous really. 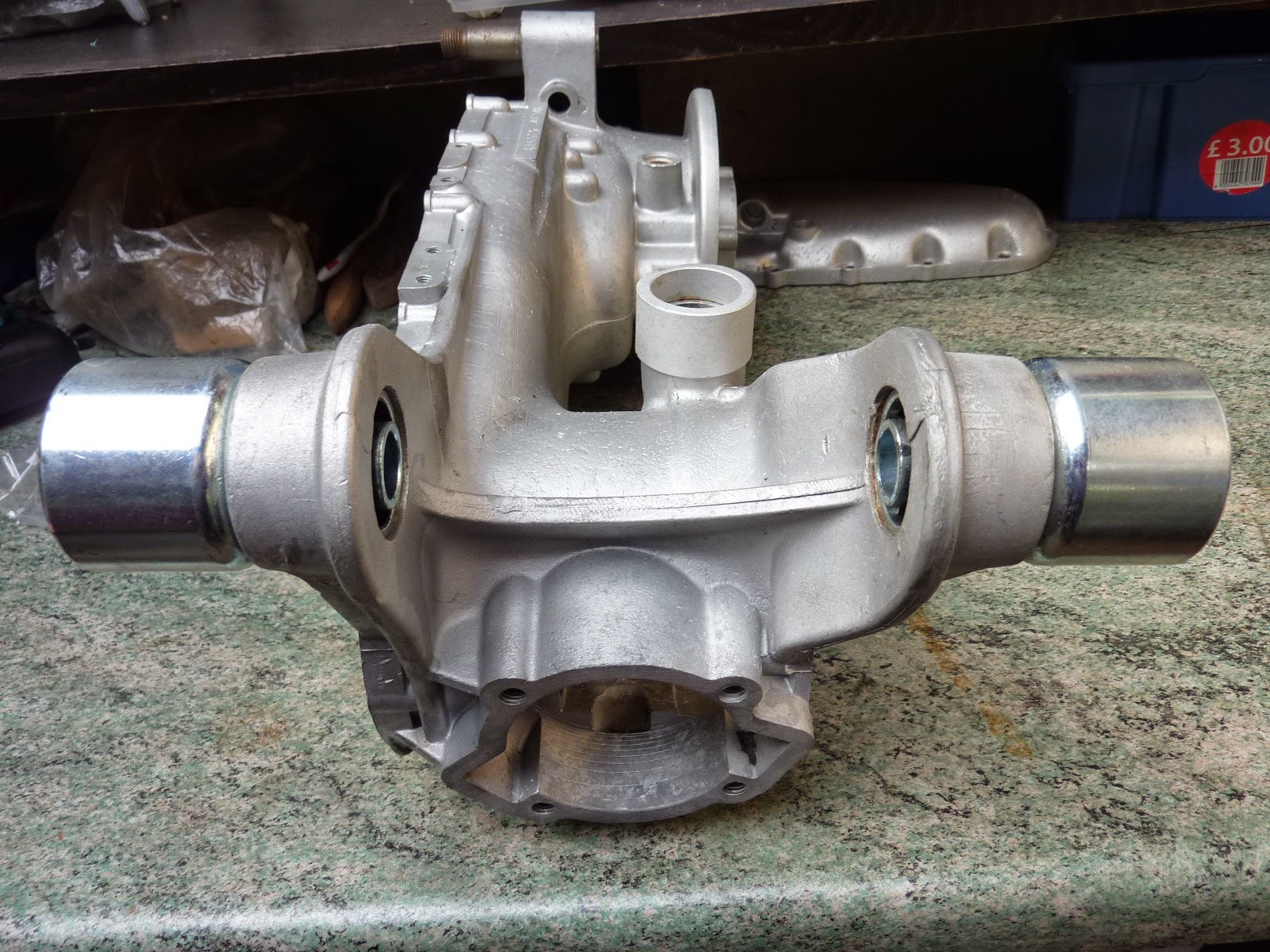 As you can see, the cases are ready to go and totally bare except for new (shiny) engine mounts. I took the case to somewhere else relatively local (at least not too far) to have the mounts fitted and like the vapour blasting was pleased with the outcome. I went for the longer engine mounts (as opposed to the short ones originally fitted) to provide reduced vibration and a smoother ride....... I'm saying nothing and certainly not putting in a link.

I didn't want to attempt fitting these myself (therein lies a possible broken casing if I did) as its best left to those properly equipped to do it (which I am not) hence me getting them done. I will be doing pretty much everything else myself (engine rebuild wise, well all of Izzy) although may get some assistance if needed, to risk damaging anything (as with the engine mounts) or if I get really stuck. 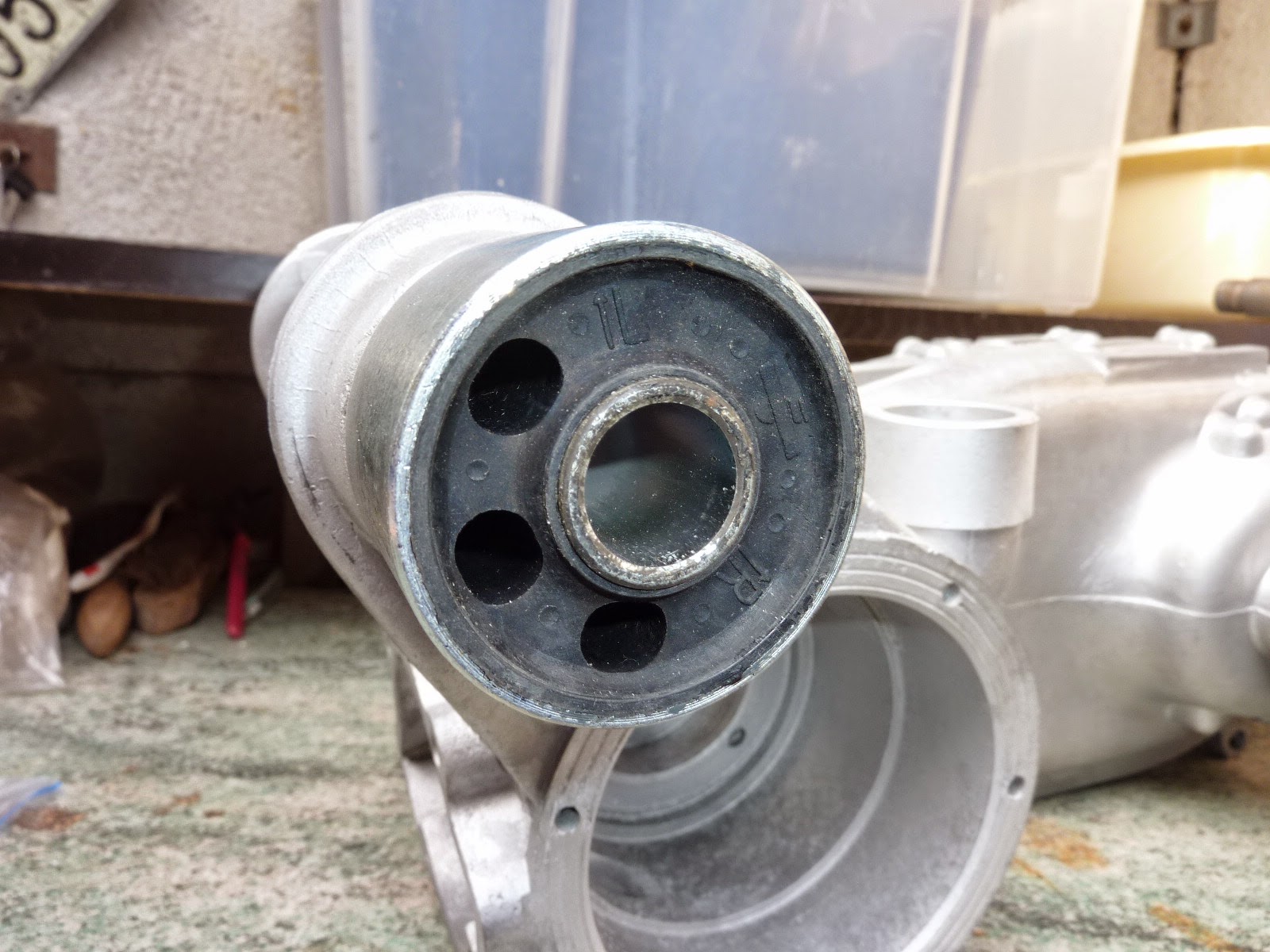 Email ThisBlogThis!Share to TwitterShare to FacebookShare to Pinterest
Labels: DB, do it properly, shiny